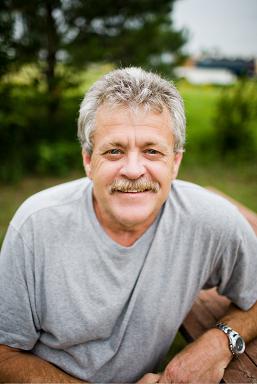 Before you begin reading this testimony it does not include anything after 2009. I married Debbie and God birthed the church in 2010. That story will follow soon. Pray this blesses and encourages you!

How do you tell 51 years of this incredible love story in a few short pages. I have asked the Lord to guide my heart, for out of the abundance of the heart doeth the mouth speaketh. I grew up a happy kid full of life and adventure roaming the creek banks and woods. Although my father never really wanted kids, and he made that fact known quite often, my mother did the best she could filling in for both mother and father. At the age of 14 my mother had taken all the drunkenness she could and divorced my dad. She ended up marring a man who owned night clubs which seems strange since she left my dad because he was a drunk. This new man also had a reputation as an outlaw, and my life as I knew it, would never be the same. Needless to say at the age off 14 this life was very impressive to an adventurous kid who desperately needed fatherly attention. I eventually moved in with them after a brief stay with an aunt and uncle. They had a motel which the help lived in, I later discovered some of them were prostitutes, mother and Raymond lived in the office and I was allowed my own motel room. The club was open from 10am till 2am so there was all kinds of excitement for a kid like me. Soon I was getting a lot of attention which I was desperate for. I begin to learn characteristics that would take many years, and a lot of hard lessons to remove. I soon earned the attention of my step dad although I was scared to death of him. I never saw him much since he was in the club from 10 till 2. I wasn’t allowed in the club except to clean it when it was closed. But he would allow me to come in during the afternoon hours occasionally so I got to know a lot of the people and was getting a lot of attention from them. When I turned 16 he bought me a car so I could drive myself to school. This lead to a whole new life of independence. Since my mother worked till 2 am I never had any accountability so I would come and go as I pleased. Except for money, I was not held down by anything. I knew Raymond carried great deals of money, this was in the 70’s, and he always had between 10 and 20 thousand dollars on him. He carried all the twenties, fifties, and hundreds in his billfold and the smaller bills in his front pockets. He had so many hundreds that I thought he’d never miss one or two. I got the ideal one morning before I left to school, that I would sneak into their room, quietly get his billfold from the pocket, take a hundred or two, then make sure his comb and everything else was put back just right. This went on several times a month for well over a year. I was popular among my friends to say the least, not only because of the money, but also I was stealing beer and alcohol out of the club the days I cleaned. Thus started my reckless and destructive life that would take 25 years, and a very special storm from the Lord, to bring to an end.

The next 25 years of my life can only be described as a selfish roller coaster of partying, although there were periods I worked very hard but never for any purpose. My whole purpose in life, as I look back, was how much fun I could have no matter the expense it cost anyone else. When you live as I did, it all begins so subtle, and is just a progressively slow cancer that well eventually kill you if it’s not removed. It begin ever so innocently with beer and alcohol and 25 years later it ended as me a crank junkie, sharping needles on a striker pad of a paper match book cover. I had a terrible accident when I was 37 years old that almost cost me my leg. They would have cut it off if it had not been for a determined mother. At any rate I was two years learning to walk again after several surgeries and for the first time introduced to prescription pain pills. I had a leg that would get me all the pills I wanted. I became so addicted that at one time I was taking upwards of 50 daily, some of the strongest pain pills they make. The bottle warned for no more than 8 per day spread out over many hours. I was popping 10 at a time several times a day., the kind I was taking were actually synthetic heroin so I was a heroin junkie as well.

Space does not allow the details of those 25+ years, but I can assure you it is a nightmare of horror. I was tip-e-towing on the edges of hell and didn’t know it .I destroyed innocent lives, family relationships, friendships, and thought I had burned every bridge so that I had no one left in my life except a mother, and I had almost broken her spirit so that there was no life left in her. Proverbs 17:22 says, “A merry heart does good, like medicine, but a broken spirit dries the bones”. Also Proverbs 18:14 says, “The spirit of a man will sustain him in sickness, but who can bear a broken spirit”? I had watched my mother go from a merry heart to a broken heart with very little spirit left. She had watched this first born son of hers, who was so full of life, so promising of a bright future, slowly die to the point she didn’t even recognize him while he stood not 10 feet from her asking to borrow money. She thought he was some poor old man bumming money, and in actuality it was. This broke her heart, the son who had so much potential, such a bright future, who only a few years earlier had been on top of the real estate world climbing his way to major success, was now a junkie living on the streets with whomever would give him a hole to craw into. I had blown dozens of golden opportunities in my life all because I placed more value on partying than living a life with purpose.

This brings me to some early seeds planted in my life by a grandmother who I can only compare to mother Tresa. She’s been in heaven with our Lord over 25 years today but she still lives on and speaks louder to me today then she ever did while I was with her. Some people still talk these 25 years later, about the amazing power of her prayers, she was a prayer warrior. I was around her a lot growing up and in my teens I lived with her. She was the closest thing on earth I could relate the Love of God with. I know when I was very young she dedicated me to the Lord and at one of those old holy ghost tent revivals I remember her handing me to the Lord God Almighty. Proverb 22:6 says, ‘Train up a child in the way he should go, and when he is old he will not depart from it”. Well after many years, and a major storm in my life from the Lord, I’m a living testimony to this Proverb. Although I was in and out of grandmas life she was such a awesome lady of the Lord, and lived so close to Jesus, she left indelible marks in my heart that begin to produce fruit in the later end of my life. To all you loving moms, dads, grandmothers, and grandfathers who are intercessors, never give up, no never, never give up…I’m the product of a intercessor prayer warrior!

Well back to the story, now that you see I was indeed dedicated to the Lord it was Gods time to rescue His child. I’m no different than any of you, we are all the Lords, and He comes to all of us in many different ways to offer us His hand. Between 1997-2000 I was in and out of jail a dozen different times on various crimes. At the root of all of these criminal activities was alcohol and drugs. The Lord was trying to get my attention the easy way, even sending me through the court system to a Christian based rehab center for six months. In Romans 13:1-7 it says God owns the authority and uses it how He pleases, and in my case He ordered me to this rehab. The last three months there I finally came to the end of myself, after almost getting myself kicked out, and acknowledged I desperately needed Jesus in my life. After leaving the rehab against the advice of major Deberry, the man who headed this facility, I came back home and for the first time in my life I thought I had a purpose, so I set off with high expectations. For a few months I had some phenomenal experiences with the Lord, some so amazing that after 10 years I still long for visits from the Lord such as I was getting in those months. Although I was experiencing some phenomenal visits from God the Holy Spirit, even while I was at the rehab, I had never developed any spiritual disciplines such as memorizing and meditating on scripture, daily quite time with our Lord, a fervent prayer life, or spending time getting to know God the Father , Son, and Holy Ghost through the Bible. You can’t possibly know someone unless you spend time with them and get intimately acquainted. If you recall, in Matt. 12:43-45, Jesus told a story of a man who had an unclean spirit cast out, only to go through dry places, seeking rest, and finds none. Then he returns to find the house clean, but empty, so he brings with him seven more wicked spirits than himself and they enter, and dwell there; and the last state of that man is worse than the first. This story is a perfect description of me, I hadn’t been filling my house with anything from the Lord, I was enjoying the experiences but not doing any of the laboring in His word, the truths that are needed to defeat our enemy the devil, the father of lies. So after having such awesome experiences with the Lord, and having no real foundational truths to rely on, I begin to believe the lies of the devil and in a few short months I had fallen from grace, and the last state of me was indeed worse than the first. I slipped deeper into the darkness than I had ever been before, and in one year after being visited by God in such phenomenal ways, I had almost given my soul to the devil for for some white powder. But God had a storm…hallelujah!!!

“Behold, what manner of love the Father has bestowed upon us, that we should be called the sons of God…( Jn.3:1). This is even more astonishing when read against the back drop of Rms. 5:6-10, which says Jesus died for us when we were helpless, without strength, vile sinners who scoffed at God, and enemies of God and the cross of Jesus Christ, defiling all He stood for…This is worth Beholding…This is truly a “Love Story”

The story that follows which began July 2010 and includes meeting and marrying my the love of my life and God birthing The Recovery Church. What God has done is truly incredible as this story continues to unfold.

May God Bless you richly,

Your eternal brother in Christ,