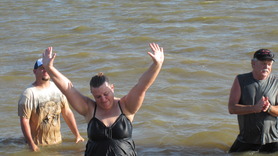 The Recovery Church was actually birthed from the” Steps of Christ Recovery Group” which we started in early 2009. At the time I had a desire to begin a men’s re-integration home so Debbie notified the Southern Baptist about helping, at the time we weren’t ready; nor did we have any idea what was involved-just a dream. After building a relationship with Don Williams their representative, he came down and spent some time with us, experienced our Steps of Christ Recovery Life Group, went into the jails with me, and afterwards he strongly encouraged us to start a Recovery Church. It wasn’t long until Sam Scott from the BGCO church planting division contacted us and started the process of establishing The Recovery Church. So after several meetings with Sam we begin their church planting training program while at the same time in Oct 2010 The Recovery Church was birthed in an old Restaurant with approximately 20 people.

Approximately seven years ago we begin building a relationship with Duane Sheriff of Victory Life Church in Durant OK. He opened his church to us for assistance, support, and guidance in any area we need. Much of our growth and maturing as pastors and the structure of our church body have come from Duane and his staff. They have made available anything to help us. I have received personal guidance from Pastor Lee Armstrong. Between Victory and the BGCO we are surrounded with all we need in ways of administration and legal advice and we have great accountability.

Debbie just finished this season of school and now has her Masters soon to begin her doctorate of philosophy, Ph.D specializing in transpersonal counseling, (which is bring people to their highest spiritual Christ potential). She is proving it’s never too late to accomplish your dreams or be what you could have been. God called us into ministry late in our lives. I begin Steps of Christ Recovery Group in 2009 at the age of 51. Two years later The Recovery Church was birthed, I was 53 and Debbie was 59. I was released from prison Dec. 2008, meet Debbie 7 months later, we spent 2 years courting and on December 26th, 2010 we were married. I was 53 and Debbie was 59 while at the same time we officially became The Recovery Church with our 501c although we had been minister as a church since Oct.

What’s amazing about our lives is how God connect two entirely different cultured people like us together. Debbie’s only had one speeding ticket, been saved and has loved Jesus since she was 8, lived in Woodward Oklahoma all her life. She was a member of the same church for over 45 years where she taught children’s classes and her son is now a Deacon. She was married for 25 years and raised two awesome sons who have become great fathers.

When God called her to leave Woodward she was leaving her family and grand kids to move 3 ½ hours away to Duncan, to marry a 6 time felon and start a church. Her family thought she had lost her mind. Even though before marrying we spent 2 years courting and plenty of time for them to know me, they still thought she was losing it. She truly was giving up everything to follow Jesus and defiantly has the Abraham blessing on her life. When she heard the call, she left everything dear and important to her, family, financial security, grandchildren that she cherishes, a home about paid for, and was soon to retire and enjoy her grandchildren. It was the life she had planned for after working so hard and going through some very difficult times to reach this place in her life.

A year and a half before she met me she rededicated her life to God and told Him she was ready to sell out completely and follow wherever He led, little could she have ever imagined what He had in store. He sent to be my helper and that hasn’t been easy I promise you, I’ve never been committed to anyone nor ever been married. When you’re still single at age 51 there is a reason for that, it’s called self-centered and selfish. She is my inner strength, challenges me to be the man of God He desires of me, doesn’t submit to the flesh in me, instead confronts it and sometimes goes to war against it. She is an awesome wife that loves Jesus above all, and she knows how to love me, submitting to my spirit man. She is for sure my other half and makes up for all that I lack. She’s supernaturally wise and discerning. God custom made her to be my life mate and minster partner. Together she and I pastor The Recovery Church. There’s more about our personal testimonies-click link Debbie story or Dennis story

It’s now been 9 1/2 years since the day we met, it’s been like Abraham for us as we’ve followed the Lord not knowing where He’s taking us. He’s never once failed us in anyway and He’s used Recovery Church in a mighty way ministering in an area that’s been destroying our society. We’ve experienced so many lives transformed like myself, so many mothers after losing everything for drugs, beginning to rebuild their lives, getting their children back, and learning to be good Godly mothers. It’s been the same for men, they lost everything, great jobs and families for meth, worse of all they lost themselves. They were the walking dead when they came to us. We have witnessed so many becoming spiritual leaders / husbands and fathers of their homes, marriages being restored, families united, prisoners staying out of prison and becoming productive God loving citizens who are now making a difference in their world. The recidivism rate is 85% of all who get out of prison go back, but with God’s help we are changing those numbers.

We minister in several different prisons, are involved in Kairos prison ministry, Chaplains at the Stephens county jail, we serve the pardon and parole and the Stephens county drug court program. We are considered a reintegration ministry with a couple Recovery Homes which we have used to help mothers and women just out of prison reintegrate back into society. In one of the homes we have a special lady who lost both grand-daughter and great grand-daughter to one crazy man’s viscous attack, murdering them. She’s been with us about 6 years and has a huge part in this kingdom work, but her life was a wreck when she first came to us. Now God is using her life in a powerful way with both adults and young ladies.

We are believing God will provide more homes and more ministry opportunities as we can handle them. He showed me some time ago that He will entrust us with great growth as we are able to disciple and make kingdom sons and daughter with who He’s entrust to us now. We take this very seriously.

We have a couple partners that’s been with us from the very that have supported and loved us in so many ways. We have one partner I meet shortly after being released from prison that’s been such an inspiration to us, especially me personally. He has trusted in us and supported us from day one beginning with Steps of Christ Recovery. Coming from my back ground the Lord knew I needed the kind of support that would help build my confidence as a pastor. Debbie fills that role well but never having any kind of father figure He brought me someone very special that I have a great deal of honor and respect for. He’s not only been financial support, but counselor and wisdom on important issues. He’s actually a silent elder.

We are so grateful for our church family and those who partner with use. Without you this would not be happening. It’s always our prayers that God continues His blessings upon your lives and all your endeavors. Together we are making a difference and doing great damage to devils dark kingdom.

THE  TESTIMONY  BELOW WAS POSTED ON THE OLD WEB SITE IN 2009 AND DOES NOT INCLUDE DENNIS’ LIFE BEYOND 2009! HIS STORY FROM 2010 TO THE PRESENT TIME WILL BE POSTED IN THE NEAR FUTURE. THE SECOND CHAPTER OF THIS STORY IN PRETTY AMAZING, WHAT GOD CAN, HAS, AND IS STILL DOING. 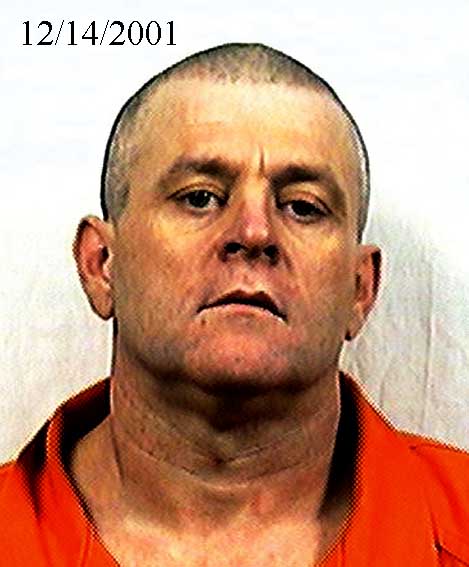 Dennis spent 30 years in bondage to alcohol and drugs. His  life brought such destruction to his body that at one point his own mother didn’t recognize him. Even though he was in and out of jail, he always thought he could beat the system with money. But when he was arrested in 2001, the DA was tired of giving him chances. Facing 2 life sentences and $80,000 in fines and his lawyer telling him they were going to try and give him one of those life sentences, he knew he was in real trouble. He finally was sentenced to 65 years, ABOUT 1/2 of those years was aggravated trafficking which is day for day time, no good time. That’s the worse non-violent crime there is.

It was in the county jail that God began the work that would transform his life. One of the volunteer chaplains, Jack Price was a man who had formerly been an outlaw and Dennis ran with him off on on. Jack pleaded with Dennis to surrender his life back to Jesus. He had been saved by the faithful witness of a man in rehab, but now he had the time to begin getting into God’s Word. After 7 years in prison, God miraculously set him free. One of his great passions was to return to the county jail where he had spent so much in to share with the men and women how God had transformed his life. Today, he is a full time Chaplain in the very jail he was in and out of through the 90’s.

After waiting many months in jail for his trial, he was sentenced to 65 years and 80,000.00 in fines. After waiting a month he finally pulled chain, (left to prison) 4 days before Christmas in 2001 and 4 days before Christmas in 2008, exactly 7 years, (the number of completion for that season of transformation) he walked back into the jail a changed man preaching the good news and sharing about this awesome miracle from God. Not only was his life transformed by the power of God, but now he is free from both prisons. Prison was the beginning of God setting him free from the real prison he had been in for 35 years, the prison to sin and the devil  (drugs, alcohol, and evil thing that comes with that dark world)! Dennis met his wife 7 months after being released from prison and 1 1/2 years later they were married. He and Debbie now Pastor The Recovery Church, a church they planted 10 1/2  years ago. A church that God birthed in Oct. 2010 out of this incredible story. They also continue the jail ministry and 4 prisons, one of them is Cushing, the  prison where Dennis spent 7 years of his life! God is still writing the book of this journey which includes a Godly wife, 4 grandchildren, and an awesome Church family, recovery homes and we believe this is just the beginning. We have a vision for a youth camp, creative school, and more homes.

To read his short story titled “The Love Story”